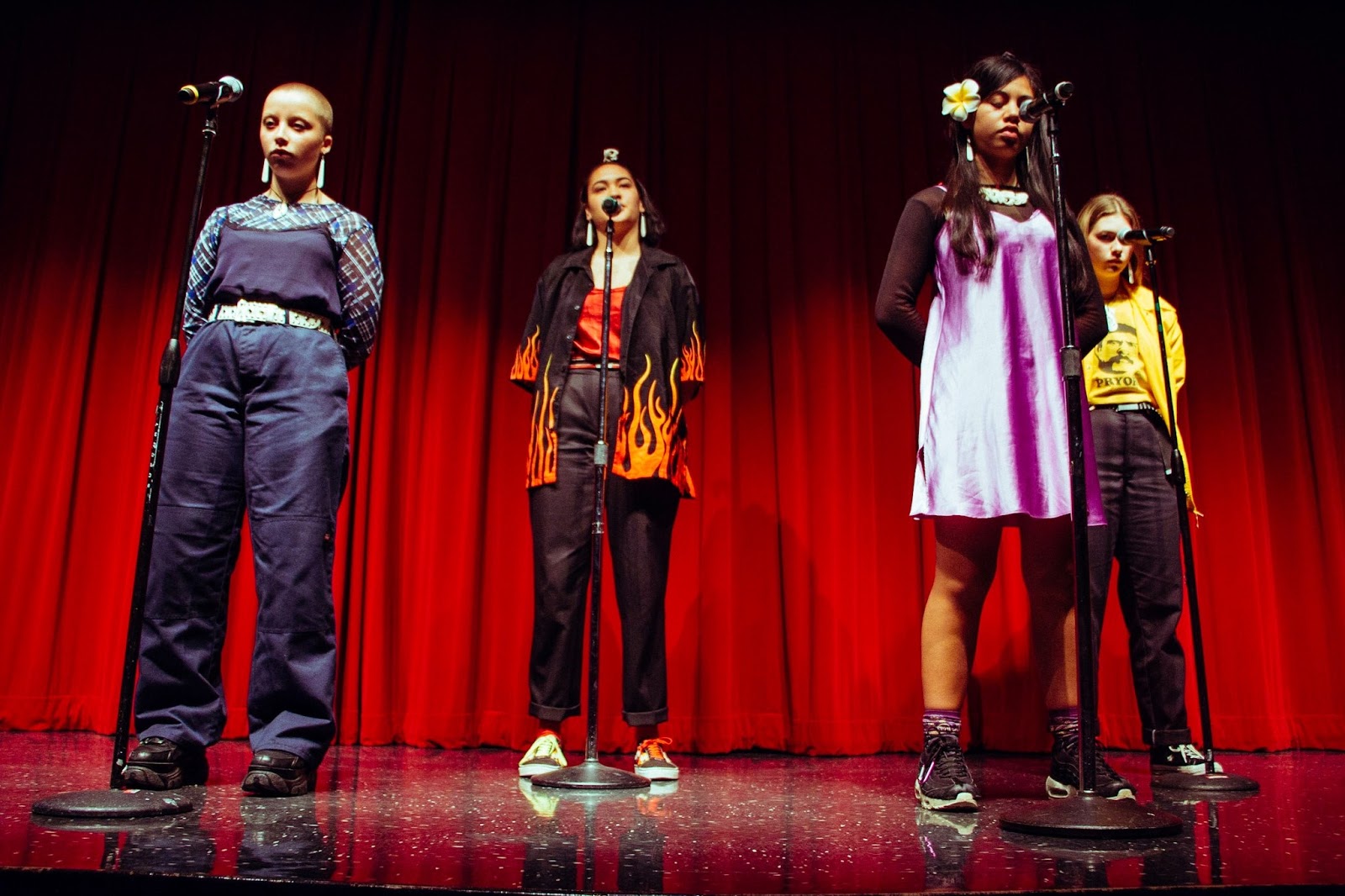 The Spoken word group Ngā Hine Pūkōrero  consisting of students Arihia Hall, Terina Wichman-Evans, Manaia Tuwhare-Hoani and ex-student Matariki Bennett are back from their amazing trip to Las Vegas in the school holidays where they were the first team from Australasia to  perform in Brave New Voices, the biggest youth poetry slam competition in the world. They competed with 50 other teams. 20 teams made it through to semi finals and Nga Hine Pukorero were the only international team to make the Semifinals! It is incredibly rare to make semifinals in the first year so Ngā Hine pūkōrero blew everyone away with this achievement! 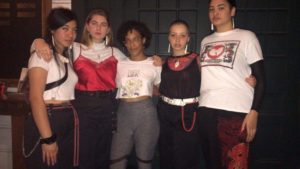 Only the top group from each of the 4 semi final bouts make it through to the finals and they came third in their bout. However they were asked to perform the calibration poem (the opening poem to align the marks of the judges) in the FINAL. So they made the final as guests performers.