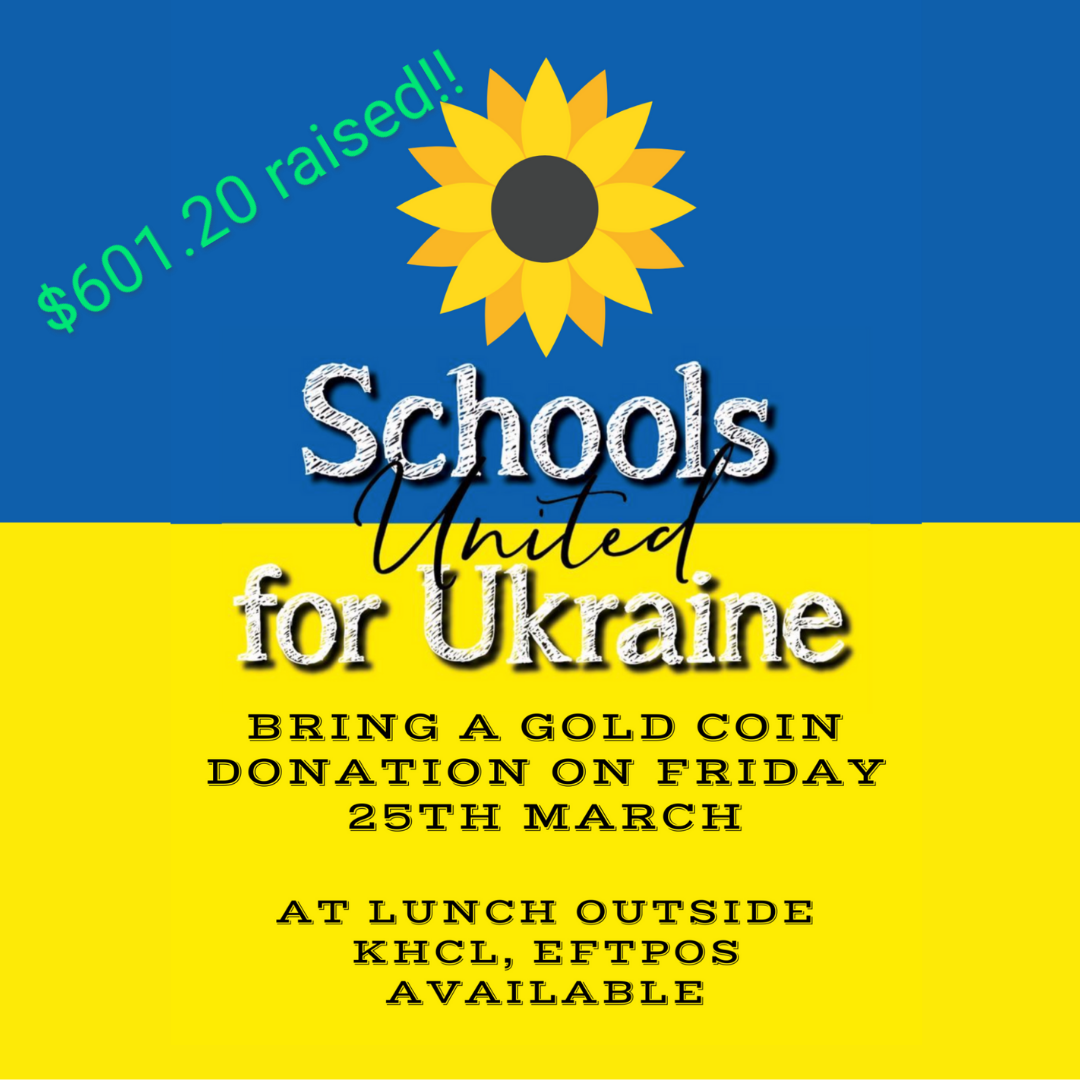 On 24th February 2022, the news of Russia invading Ukraine sparked across the globe. With the invasion occurring, 3.8 million Urkrainians were forced to leave their homes and millions have become refugees. After more than 30 days of invasion, approximately 7.5 million children have been affected by the war, and 4.5 million of them have become refugees in neighbouring countries such as Poland, Romania, Moldova and Hungary. This will result in them becoming victims of human trafficking and exploitation. Children have been threatened as their access to education and healthcare have been targeted.

Last Friday, the 25th of March, the WSCW Peace Ambassadors held a fundraiser for the children of Ukraine, under the “Schools United for Ukraine” fundraiser. Thanks to the giving community at Springs, we raised over $600.

This money is going to Save The Children – a charitable Non-Governmental Organisation – who already have people on the ground in Ukraine and neighbouring countries (including Poland, Lithuania and Romania). Donations will go directly to supporting these children and their families, helping to provide immediate aid such as food, water, hygiene kits, psychosocial support and cash assistance.

If you did not get a chance to donate, it’s not too late – there is also a GiveALittle page, which can be accessed through the following link: https://givealittle.co.nz/fundraiser/schools-united-for-ukraine (link closes on Thursday 7 April 2022).