We’re really proud of the Western Springs College Swim Team, who competed at the 2022 New Zealand Secondary Schools Championships on 28-31 July 2022 at Waterworld in Hamilton.

Our six swimmers really punched above their weight coming back with five medals. 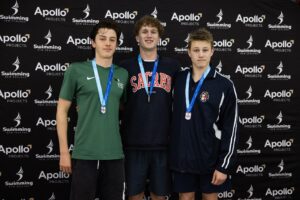 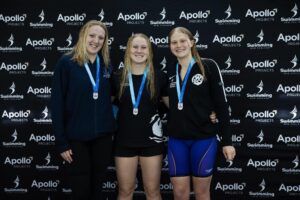 Tess Whineray took Silver in the 50m backstroke and 100m backstroke and Bronze in the 200m backstroke (17 years Girls), and Sam Kenny won Silver in the 100m and 200m fly (16 years Boys). They both swam personal bests in a variety of events and together were 0.04 seconds outside a medal in the 2x50m freestyle relay losing to St Andrew’s Christchurch on the touch.  Sam’s Silver in the 100m fly was from the outside lane and a fantastic upset result! He also qualified in the top 8 in the individual medley, which meant he was one of only eight boys who swam in the elimination skins event.

Thanks to Sandra Burrow from the Central City Swim Club who coached the team and to the parents for their support in Hamilton. It was terrific!